The last time we spoke, we were saying goodbye to Impact Hub Birmingham after 5 years of work, joy, learning and growth. It was such an enlightening, busy, scary and proud time, and closing this chapter was so much more than simply closing the doors for a final time and walking away. We spent more than 18 months closing Impact Hub Birmingham as a place, a working community and an R&D project, mission and lab as generously, creatively and reflectively as we could, and this was absolutely a collective process with everyone we’ve been lucky enough to connect and build with along the way. We wanted the final year to be a highlight, not a time of deficit or decline, and that energy was absolutely channelled into our closing rituals, processes and how we move forward together into CIVIC SQUARE.

Here is a little about the story of how we closed Impact Hub Birmingham, as we enter the next chapter.

PAUSE was a week-long festival to collectively reflect, celebrate, give thanks and dream together. The week was packed full of some of the best moments we’ve shared over the course of Impact Hub Birmingham’s history, celebrating with ultimate versions of our regular community programming such as Open Project Night and #HubTalks, mission takeover days to share the evolving ideas of #RadicalChildcare, DemoDev and Creative Resistance, as well as a chance to reflect, futuregaze and party hard over dinners, performances, workshops and more.

The Walker Building was packed to the rafters with faces old and new and there was an emphasis on the ability for ideas and connections started here to spread far beyond this time and place and into any context they can have a positive impact. In a similar yet reversed fashion, PAUSE felt interconnected to the Demo.B Opening Festival, during which the space and initial ideas were physically and conceptually built and tested. This time around it was about marking the process of undoing, of dismantling and deciding what to take with us, what to repurpose and what to leave behind.

In the final months we found ourselves in the middle of the steep learning curve of dilapidations and our landlord trying to squeeze us for every penny they could. We had an enormous amount of work to do, and many told us it was impossible. We decided to reject the business-as-usual advice to phoenix the company, leave behind debt, behave with the landlord as they behaved with us and, instead, did everything within our power to show together that things can be different.

Just as we started, the whole community came together in so many ways, providing moral support, resources, paint, lending a hand, legal and surveying support and much more. We hosted Community Pack Down days to make the process more enjoyable and keep one another energised during what was a whole host of extensive graft, such as cleaning hundreds of chairs, painting and repairing walls, ceilings, floors and taking everything out of the building; work that had been billed at £128,000. Thank you so much to each and every one of you for all of your support at that crucial and stressful time, in person and remotely. We packed down together as we set up; collectively and going the extra mile for one other, despite not knowing what lay ahead. We hope you know that the team is available to talk about our experience with landlords, buildings, dilapidations, leases and just like we shared extensively to founding learnings and story, we wish to share the closing journey openly too, because we learnt so much.

With the help of many hands, we left the space better than we found it and took pleasure in opening a Department for Closing Impact Hub Birmingham, selling our furniture on to other wonderful spaces and places, as well as signposting to alternative co-working, community and event spaces across the city, and recommending our suppliers.

After one final push taking unsold items to storage, on Friday 29th November we held a final night mini party as a last ritual in the empty Walker Building, raising a glass to the magic everyone had brought within these walls over the years together, as well as the physical labour being over, ready to give the keys back to the agent.

We left with our heads held high, against the odds, even playing one last game of cricket in the space, and making a Best Wishes Demo.Tape to soundtrack the night.

As we have talked about extensively for the last few years, what follows is not about erasing all the journeys, work, learning and contribution that bought us here. Archiving as much of Impact Hub Birmingham as possible has been very important to us in a world where we are constantly encouraged to start shiny new things, pursue simplistic elevator pitches, to attribute work to one person or one team, simplify ‘business advice’ to one day workshops, or an entire canvas to design your future.

We know the truth is far more nuanced, made up of 1000s of stories, many different contributors and so many successes, highs, lows, and failures that contribute to that ongoing set of accounts, artefacts, and experiences that make up any one place, venture or idea. Throughout the closing period we invited videos, messages, conversations and creative responses to what Impact Hub Birmingham has meant to you, your work, your ideas, your family, your friendships, anything anyone wanted to share with us as part of an ongoing collective archive to capture and remember what, who and how things came together under this roof and have spread out across the world.

Throughout 2020 we be tweaking and sharing before.civicsquare.cc, an archive subdomain that brings together as many resources as possible from the Hub / TEDx journey, including the accounts of many people from Best Wishes and more. We hope to continue sharing the story of what it means to repurpose an organisation, to leave behind the things that no longer work, to transform and build on your purpose, for teams to go on long journeys together where you commit to the work which that requires together, when so often our systems don’t often encourage that.

We now leave the Impact Hub network on good, collaborative terms at what feels like exactly the right time, but we have certainly learnt the limitations of a license that ‘owns’ your website, content and brand, and how difficult it makes open sourcing the full journey this far. As the ‘community hub’ movement gathers pace in England, wanting to share the many learnings we have gathered as openly as possible falls somewhat in opposition to us needing to remove every trace of Impact Hub Birmingham from the internet altogether, but we are also happy to be beginning that process independently and creatively, on our own terms.

Everything that has come before for this team, community and movements, including Impact Hub Birmingham, now takes on a new role in moving forward, repositioning itself from the focal points of our lives, to the time before CIVIC SQUARE.

We’re excited to enter a new era, but also want to say one final epic thank you for every single of atom of kindness, belief, generosity, energy, love, and challenge that you brought to Impact Hub Birmingham. It has been an honour, and this has just been the beginning of our commitment to building by, with and for the people of Birmingham. 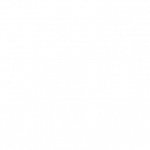 Join us at The Front Room

Join us at The Front Room